One great option for users in retail stores would be to sort the taps by producer, so all beers of the same producer are grouped together on the display!
I have no use for the individual tap numbers, it’s just a list of what I have with their details. It’d be good if when I stock a new beer from an existing producer, they would all be grouped together on the display, instead of just at the end of the list!
Thanks

Update: This is in the works! Initially, you’ll be able to sort by:

We can add some more options, but these felt like the best starters. Watch this space…

Great news and thanks for developing such a terrific app

Update: This feature is now live (or in beta… within a beta!), exclusively in the new dashboard experience.

You can pick a primary sort and secondary sort: 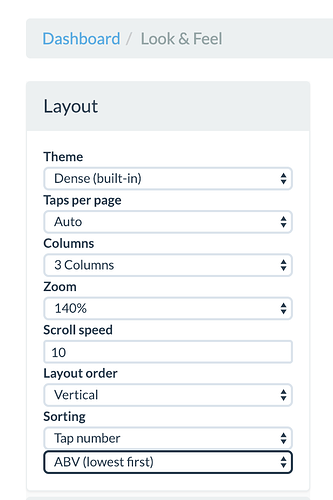 And you have a few options for each: 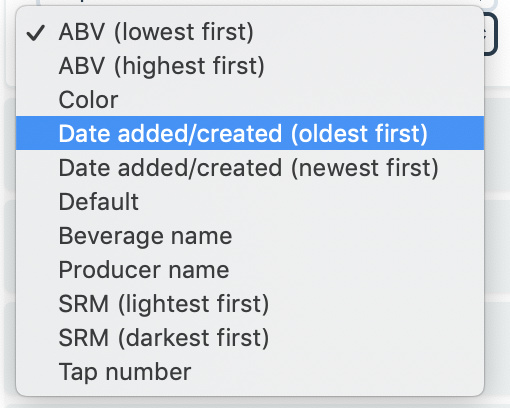