I just put a second LCD TV dedicated to displaying a taplist in my home brew tap room. On the main TV, using a Fire TV, it displays it full screen. On the LCD TV I decided to use a Raspberry Pi, because I had one available. Only complaint I have is that it seems to have a rather noticeable board around the taplist. Anyone using the Raspberry Pi seeing this?

I’d like to use the Raspberry Pi because I plan to add a motion sensor that will trigger the screen to turn on once someone enters the room and turn off the display when no motion is detected for some time.

you might need to just adjust the resolution of your pi

I’m thinking it’s just the gridy theme, both rpi and Fire TV have the same large spaces around the list. Below are pics of both fire tv and rpi displaying the same screen. Both have large gaps on each side. 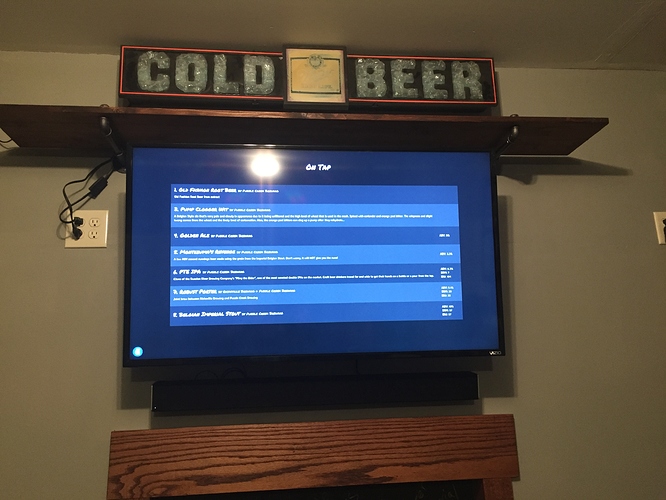 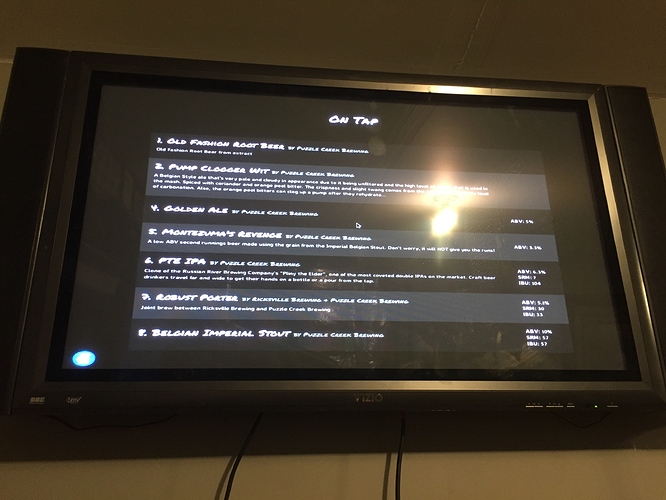 There was some discussion on HBT about Mikey (Kegbot) adding a zoom to possibly remedy this.

Now I just need a cheap TV and Fire Stick lol Are there any requirements for the TV for it to work the best? None that I know of, aside from something capable of 1080p HD, with an HDMI input. As with any "static" video content, check your monitor's...

Hey gang! Ah, for some reason I misunderstood this.

That padding is definitely a problem with the theme. I’ve been working on some improvements, but they are not ready yet. Expect to see a new experimental theme this weekend!