Hey there taplisters…
We are a 7 year old craft beer bar here in Monterrey, Mexico.
We used to be a franchise called “The Beer Box”, but we went ahead and changed the brand to a new concept called “La Taberna - House of Brews”.
Here´s a picture of the outside. 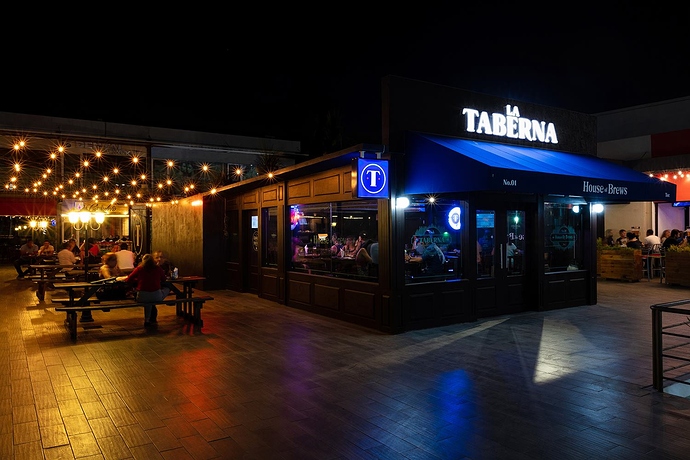 We have 24 taps, shown on two 32" inch TVs above the bar and on the table area. (Sorry for the potato quality picture) 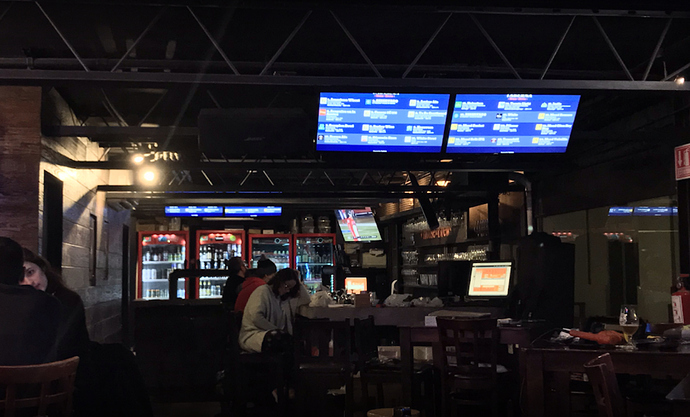 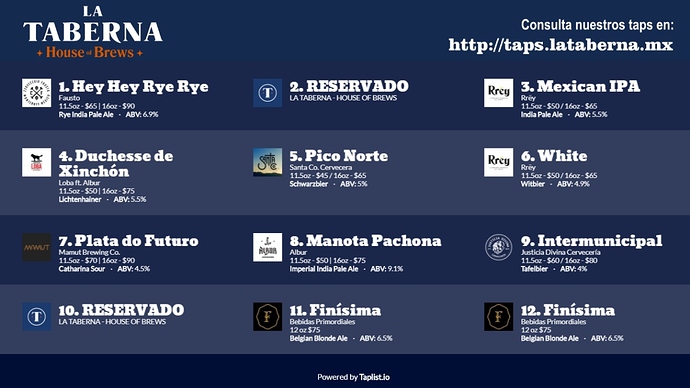 Love it! The place looks really awesome; love the patio’s look, and the menus seem to fit in quite nicely.

I have this crazy plan/dream to some day take a taplist road trip / world tour. La Taberna is now officially on this list of required stops

Thanks for checking in and sharing - and cheers!

Thank you. Send me a message if you are ever in Monterrey